Voicepk.net
Home Our Stories Why the Upcoming Supreme Court Bar Elections are Significant 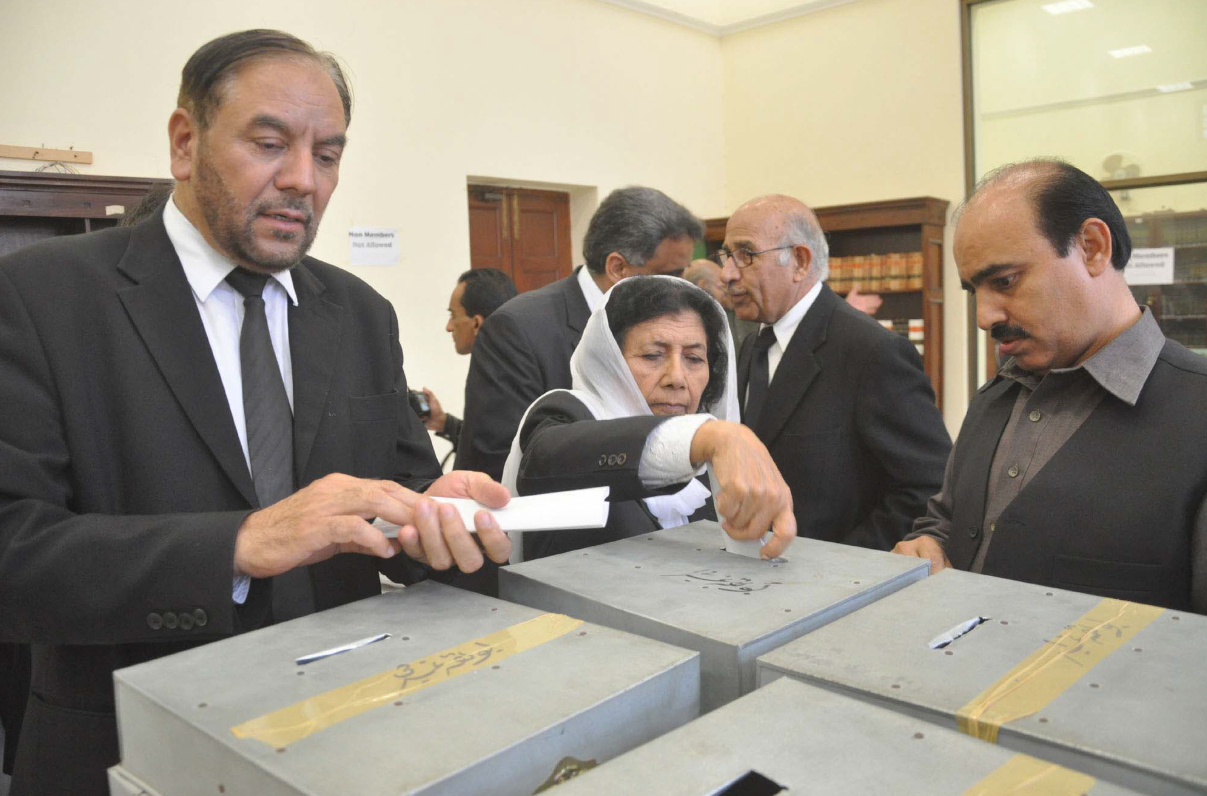 The Supreme Court Bar Association is an institution where rights of citizens enshrined in the constitution of Pakistan and the discussion surrounding its violations can be voiced, heard and acted upon. Pakistan does not have another such institution that allows such discourse or has the potential to be a champion of peoples’ fundamental human rights.

Mansoor Awan, a senior lawyer of the Supreme Court and a rising star in the lawyer’s community explains the significance of the SCBA

MANSOOR AWAN ON THE HISTORICAL SIGNIFICANCE OF THE SCBA

The last SCBA Election was won by Amanullah Kanrani of the Hamid Khan-led group of lawyers against a tough contest with a popular leader of the lawyer’s movement, Ali Ahmad Kurd of the Independent gro­up, popularly known as the Asma Jahangir group.

This year the contest is between Shoaib Shaheen representing the Hamid Khan led group and the well-known constitutional and criminal lawyer Qalb-i-Hassan from the Asma Jahangir group.

HAS HAMID KHAN GROUP COMPROMISED ON INDEPENDENCE OF JUDICIARY?

“I am optimistic in the sense that whichever side wins, they will not be able to reverse the momentum that at present has been generated for the last 5-6 months. I think it is important that judiciary should be independent from within as well as from without. That there should not be external pressures on judiciary as an institution and any internal pressure on individual judges from within. The hierarchical system that we have is just counterintuitive and runs against the very core and concept of judiciary.”