A total of 50 journalists were killed worldwide in 2020, according to the second part of the annual round-up of abusive treatment and violence against journalists, published today by Reporters Without Borders (RSF). While the number of journalists killed in countries at war continues to fall, more are being murdered in countries not at war. 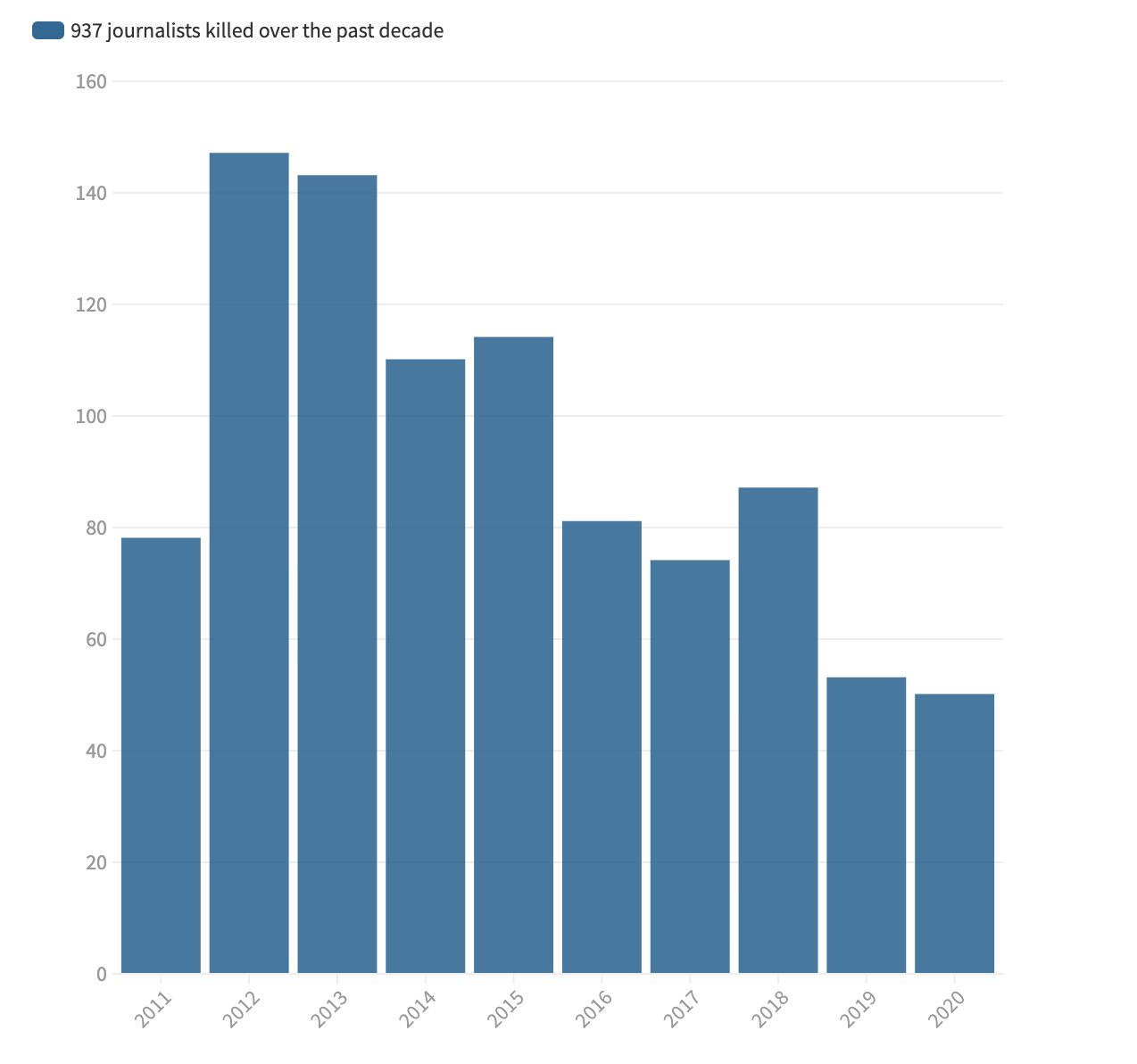 RSF tallied 50 cases of journalists killed in connection with their work from January 1 to December 15, 2020, a number similar to 2019 (when 53 journalists were killed), although fewer journalists have been in the field this year because of the Covid-19 pandemic. 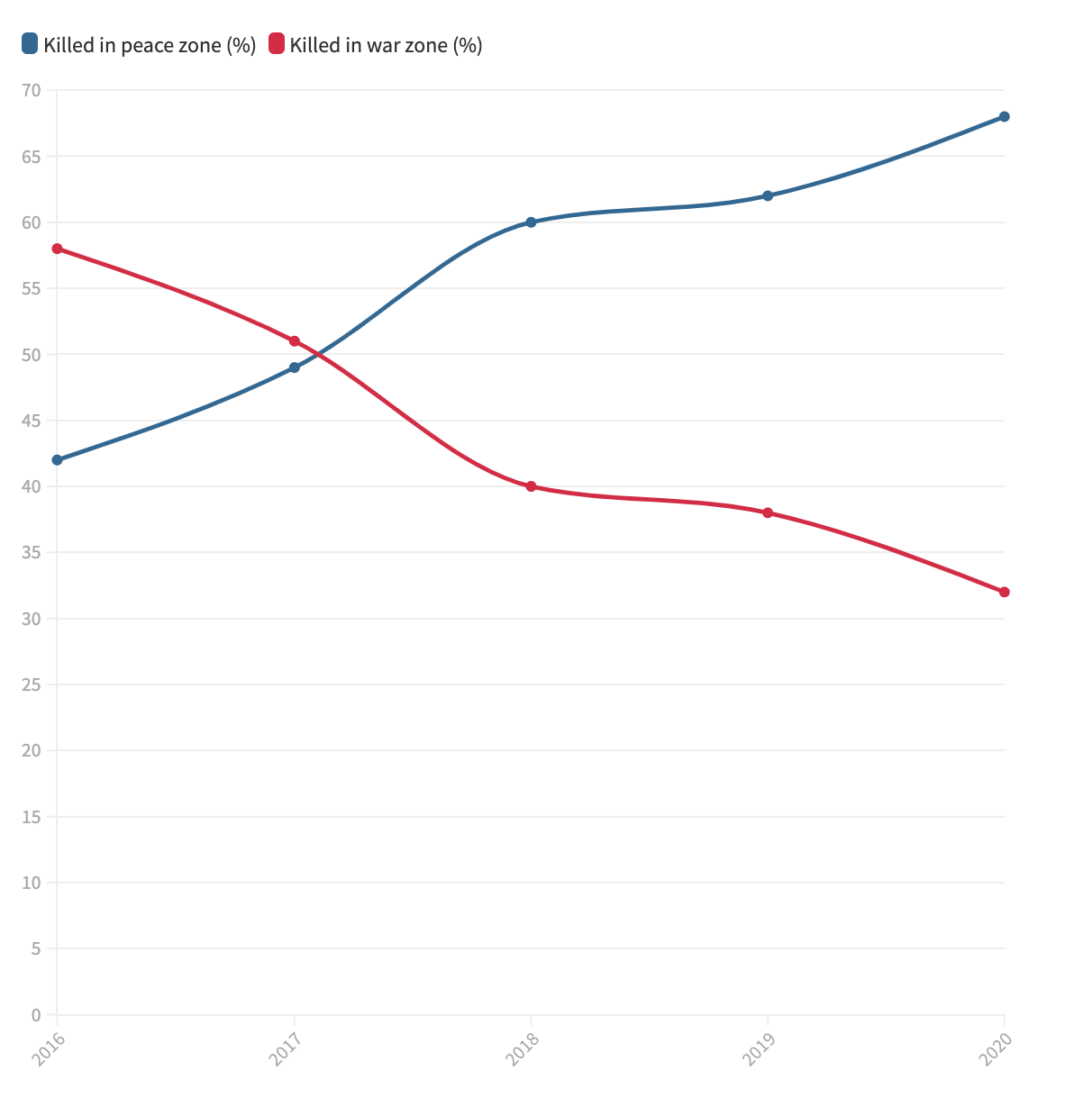 Of all the journalists killed in connection with their work in 2020, 84% were knowingly targeted and deliberately murdered, as compared to 63% in 2019. Some were murdered in a particularly barbaric manner.

In Mexico, Julio Valdivia Rodríguez, a reporter for the daily El Mundo, was found beheaded in the eastern state of Veracruz, while Víctor Fernando Álvarez Chávez, the editor of the local news website Punto x Punto Noticias, was cut to pieces in the western city of Acapulco.

In India, Rakesh “Nirbhik” Singh, a reporter for the Rashtriya Swaroop newspaper, was burned alive in December after being doused with a highly flammable, alcohol-based hand sanitizer in his home in the northern state of Uttar Pradesh by men sent by a local official whose corrupt practices he had criticised, while Isravel Moses, a TV reporter in the southeastern state of
Tamil Nadu, was hacked to death with machetes.

In Iran, it was the state that acted as executioner. Rouhollah Zam, the editor of the Amadnews website and Telegram news channel, was hanged after being sentenced to death in an unfair trial.

Although executions are common in Iran, it was the first time in 30 years that a journalist has been subjected to this archaic and barbaric practice.
“The world’s violence continues to be visited upon journalists,” RSF secretary-general Christophe Deloire said. “Some may think that journalists are just the victims of the risks of their profession, but journalists are increasingly targeted when they investigate or cover sensitive subjects. What is being attacked is the right to be informed, which is everyone’s right.”

In a new development in 2020, seven journalists were killed while covering protests. 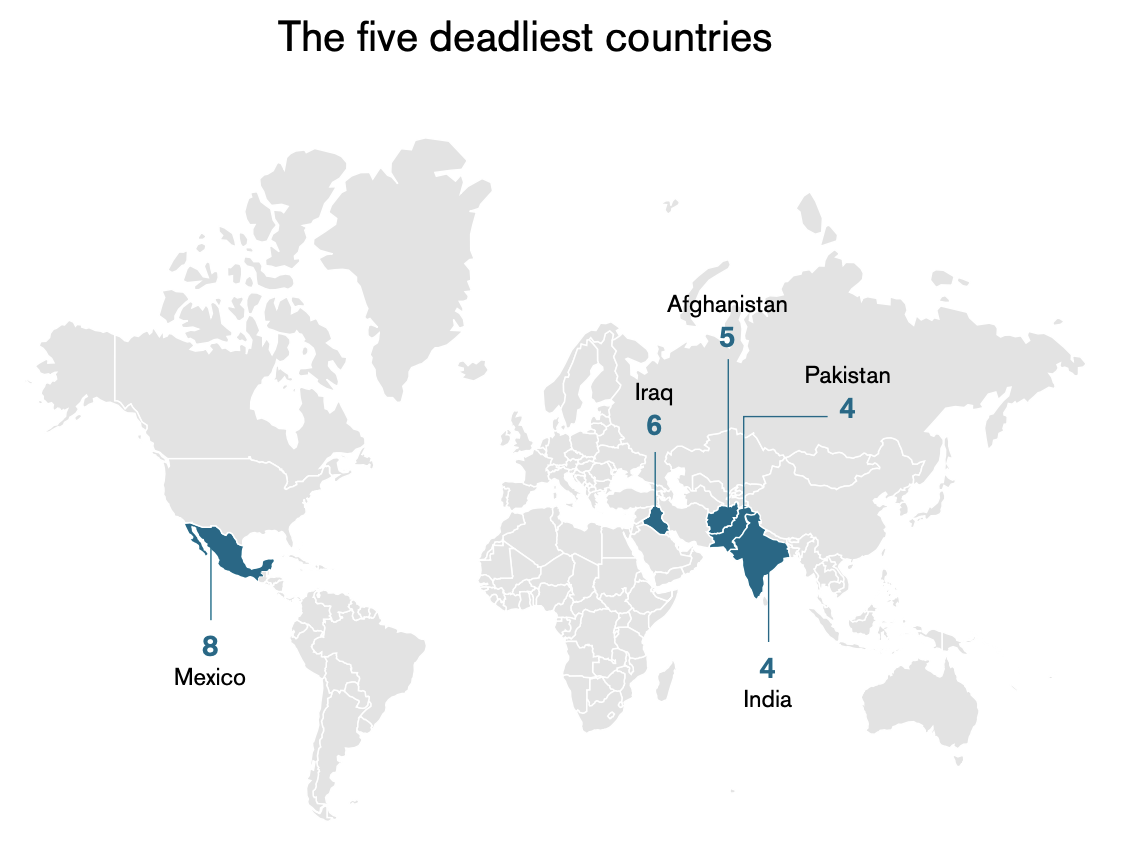 In Iraq, three journalists were killed in exactly the same way: by a shot to the head fired by unidentified gunmen while they were covering protests. A fourth was killed in Iraq’s northern Kurdistan region while trying to flee from clashes between security forces and demonstrators.
In Nigeria, two journalists fell victim to the climate of violence accompanying protests, especially protests against the brutality of a police unit tasked with combating crime. In Colombia, a reporter for a community radio station was fatally shot while covering an indigenous community protest against the privatisation of local land that was violently dispersed by regular police, riot police and soldiers.

In the 2020 annual round-up of journalists who are detained, held hostage or missing at the end of the year, published on 14 December, RSF reported that 387 journalists are currently detained in connection with their work. This is virtually the same as a year ago and means the number of journalists detained worldwide is still at a historically high level.

2020 has also seen a 35% increase in the number of women journalists
arbitrarily detained and a fourfold increase in arrests of journalists during the first three months of Covid-19’s spread around the world. Fourteen journalists who were arrested in connection with their coverage of the pandemic are still being held.